According to the ABS: “This publication presents estimates of the value of turnover of”retail trade" for Australian businesses classified by industry, and by state and territory. The estimates of turnover are compiled from the monthly Retail Business Survey. About 500 ‘large’ businesses are included in the survey every month, while a sample of about 2,700 ‘smaller’ businesses is selected. The ‘large’ business’ contribution of approximately 69% of the total estimate ensures a highly reliable Australian total turnover estimate. Monthly estimates are presented in current price terms. Quarterly chain volume measures at the state and industry levels are updated with the March, June, September and December issues of this publication.

The Retail Trade survey has been collecting online sales since the March quarter 2013. The data was previously published as an experimental series, in original data only, as an Appendix to the Retail Trade publication. It was disaggregated by whether the retailer was “Pure-play” (online only) or “Multi-channel” (mix of online and physical stores).

My single figure in this post presents the share of online retail turnover out of total retail turnover since 2015. As the figure shows, the increase in the share of online retail due to the pandemic in 2020 was equal to the increase in the four years prior to that. In the last seven months, more than 15% of total non-food sales and about 5% of food sales have occurred consistently through online channels.

While other than Victoria the rest of the country has been mostly open since June, the share of online sales out of total retail turnover has stayed at around 10% in the last seven months and the fact that restrictions were eased in Victoria at the end of October did not have a major impact on online retail activity in November. 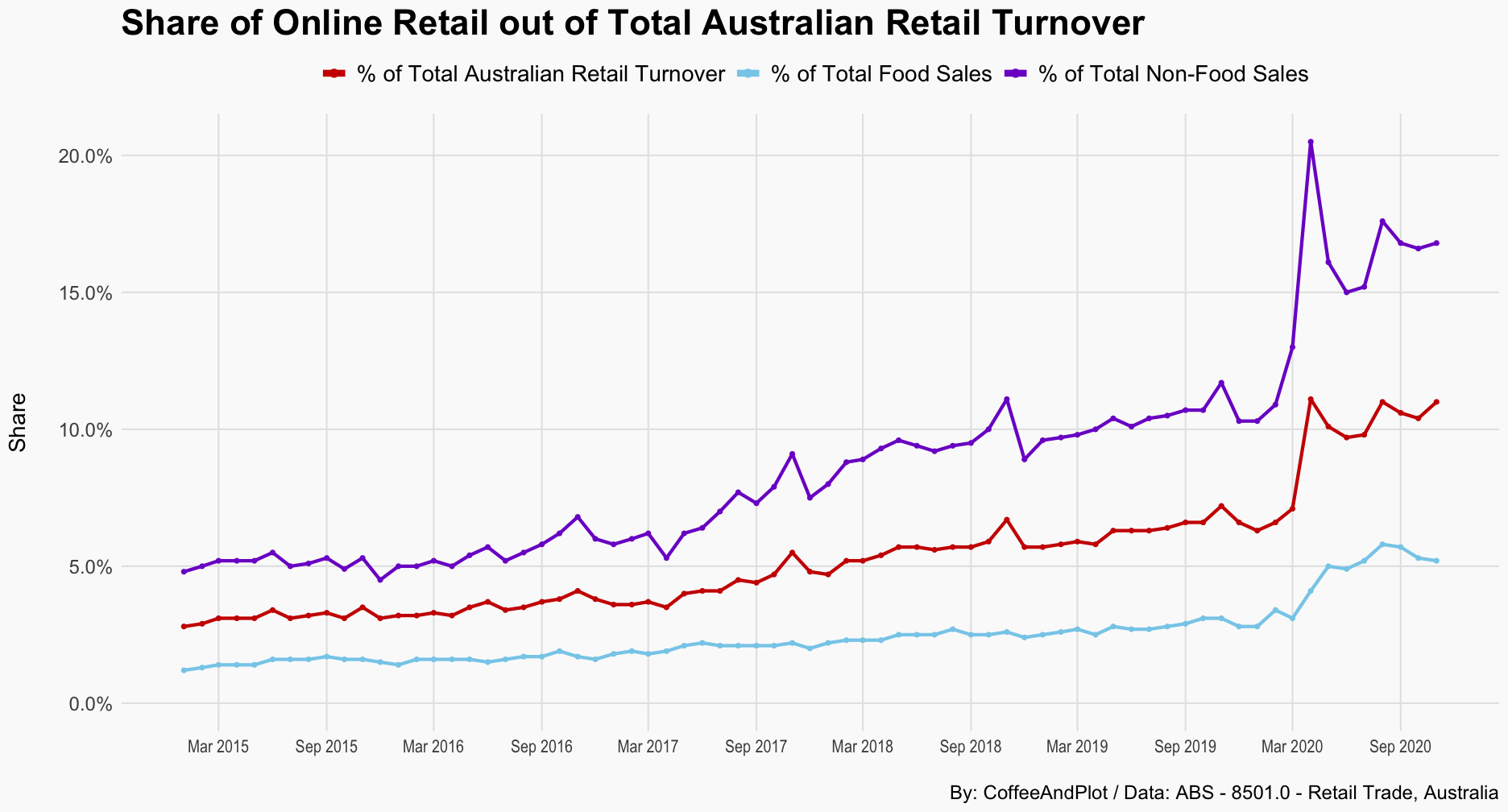